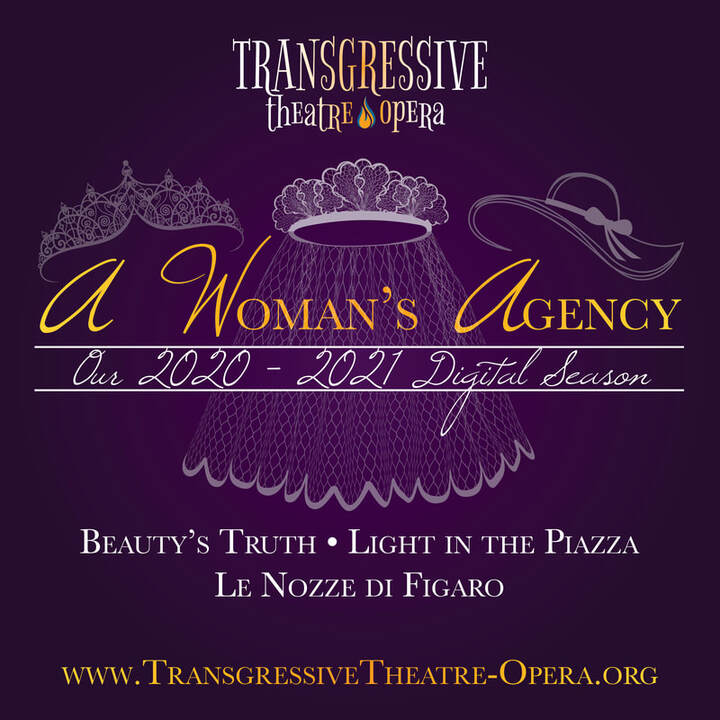 Transgressive Opera-Theatre brings its artistry into the digital age, opening the season with their first-ever streamed, online events!
Join us for Beauty’s Truth, The Light In The Piazza, Le Nozze di Figaro, and a special benefit performance of Anna Russell: A Visitation! ​
​Both the first and last of Handel’s oratorios, this piece was presented in three different versions during the master’s lifetime. The small-cast, pastoral allegory composed in Handel’s youth, Il trionfo del Tempo e del Disinganno, became less secular and more sacred with each version until the final version, The Triumph of Time and Truth, was a three-part behemoth with multiple chorus numbers that could have been lifted out of Messiah, and serious themes of sin, retribution, self-sacrifice, repentance, and eventual redemption. TT-O’s Producing Artistic Director Aaron Hunt has gone back to the original score, translating sections from the Italian and creating new lyrics, and combined it with the best parts of the latest version to create a new piece that honors Handel’s original intention, a small cast telling an intimate story sans Hallelujah choruses, while giving the titular character the right to her own agency.

​Beauty’s Truth will stream via YouTube on November 13 and 14, 2020 at 8:00 PM CST, and at other times in other times zones to be announced! A link will be made available upon ticket purchase.

Some of Transgressive’s favorite artists return for this production, which marks the company debut of baritone Brandon Sokol. Resident Music Director Sarah Jenks will musically direct and provide accompaniment. 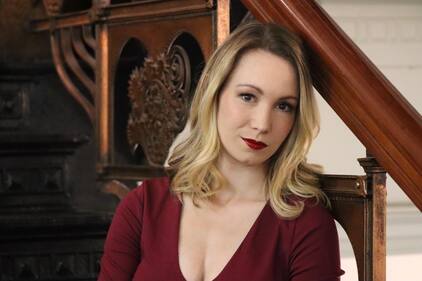 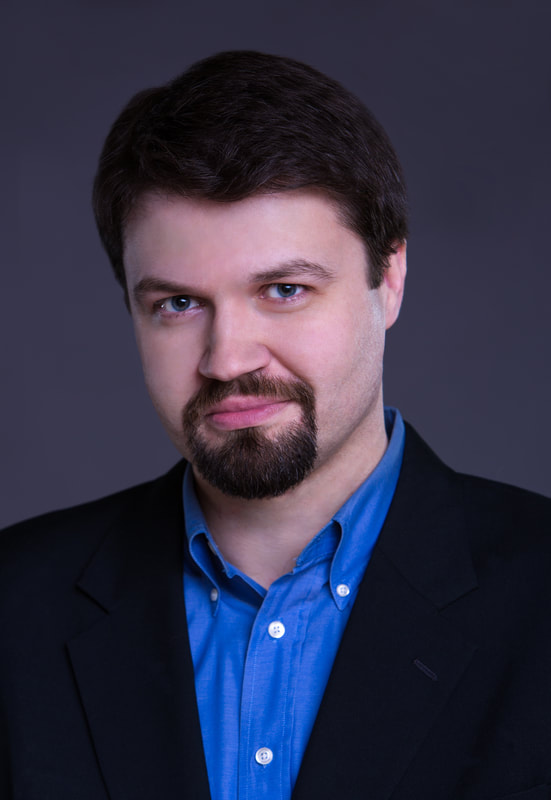 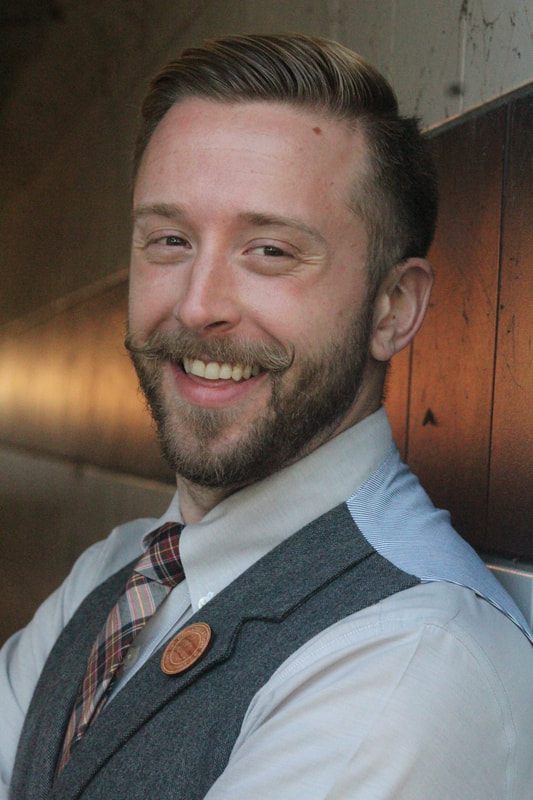 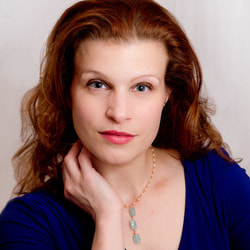 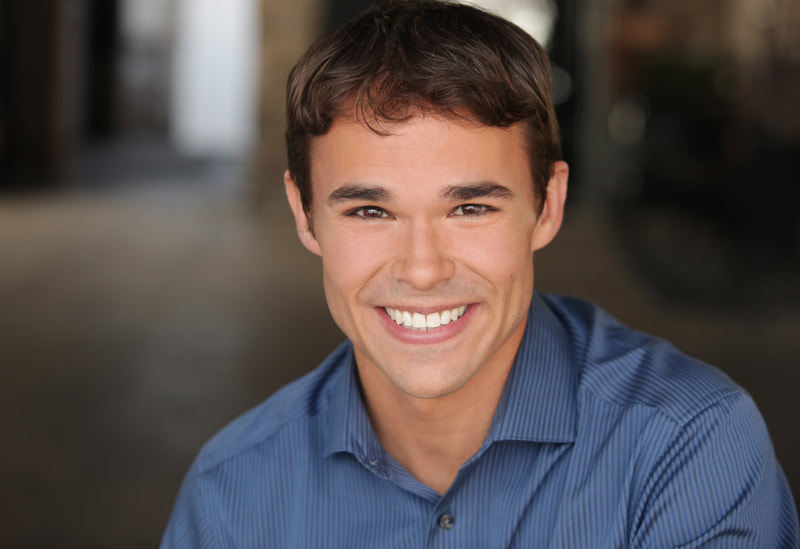 ​Beauty - Teaira Burge
Time - David Govertsen
Pleasure - Ryan Townsend Strand
Deceit - Mary Govertsen
Counsel - Jonathan Wilson
TT-O’s cast of classical singers will not attempt to affect more contemporary musical theatre sounds. Once the American and the Italian families of this tale become a new family in the truest sense the sound is pure opera, and our cast of singing actors will deliver the histrionic goods along with the vocals, as our audiences and critics have always remarked.

Just in time for Valentine’s Day, snuggle up with that special someone and catch this digital performance of one of the gems of contemporary American musical theatre.

Light in the Piazza will stream via YouTube on February 12 and 14, 2020 at 8:00 PM CST. A link will be made available upon ticket purchase.

CAST TO BE ANNOUNCED.
​Le Nozze di Figaro will also live on because we allow history to keep repeating itself. With the #metoo and #blacklivesmatter movements shining new light on ancient inequities, it is no longer time for Le Nozze to give us the opportunity to laugh at ourselves; Rather, it is time for this opera to remind us that the sins aren’t new, and the recompense, when it begins, will be as many generations in the restitution as it was in creation.

With The Count’s sexual pursuit of The Countess’ maid in full swing, and the maid’s fiancé unable to stay focused enough to be of real assistance, the two women join forces to save their honors. If this doesn’t sound like a familiar story to you, you haven’t been paying attention.

Resident Music Director Sarah Jenks’ Mozart For Millennials version turns much of Mozart’s recitative into comedic narration, keeping the storyline clear while making supertitles unnecessary and allowing today’s audience to focus on the music. Favorite baritones Jonathan Wilson and Noah Gartner return as Figaro and The Count respectively, Mary Govertsen sings The Countess (you may have heard her fine performance in the second act of this opera in last Spring’s Letters of Love and Subterfuge concert last Spring), and soprano Anne Slovin returns to us as Susanna. Anne last appeared with TT-O as Irena in Richard Wargo’s The Seduction of A Lady. 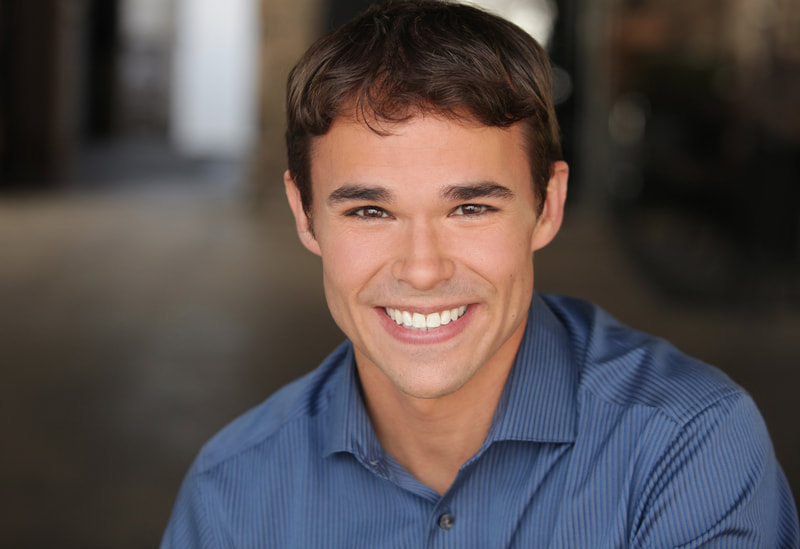 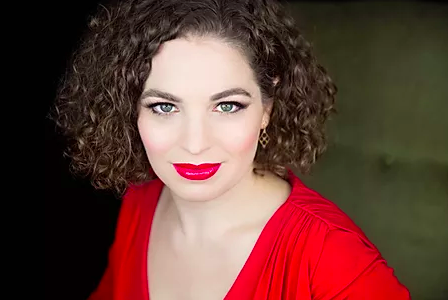 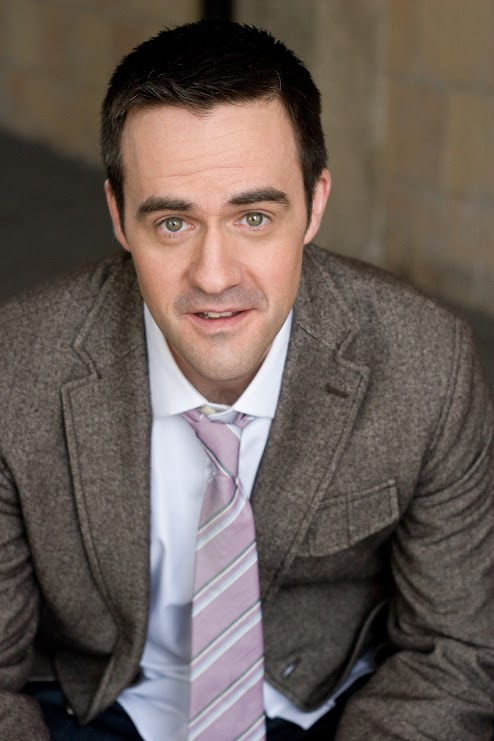 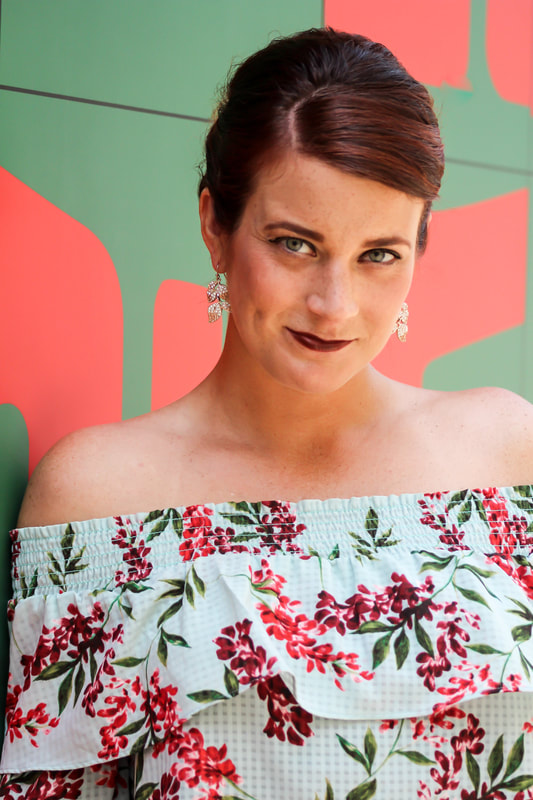 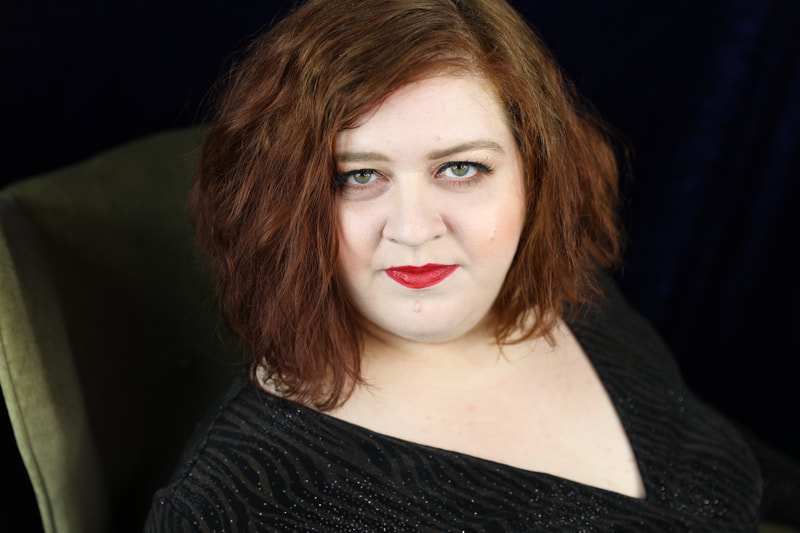 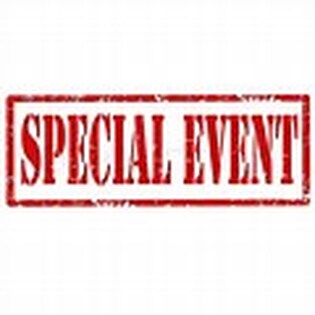 A BENEFIT PERFORMANCE OF ANNA RUSSELL: A VISITIATION 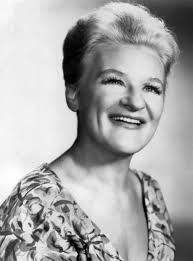 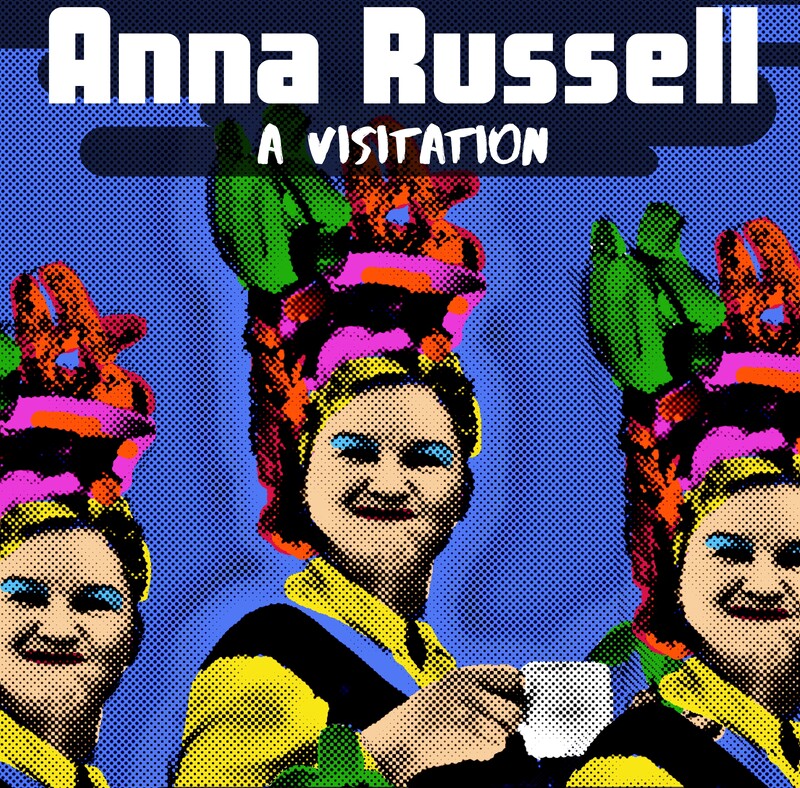 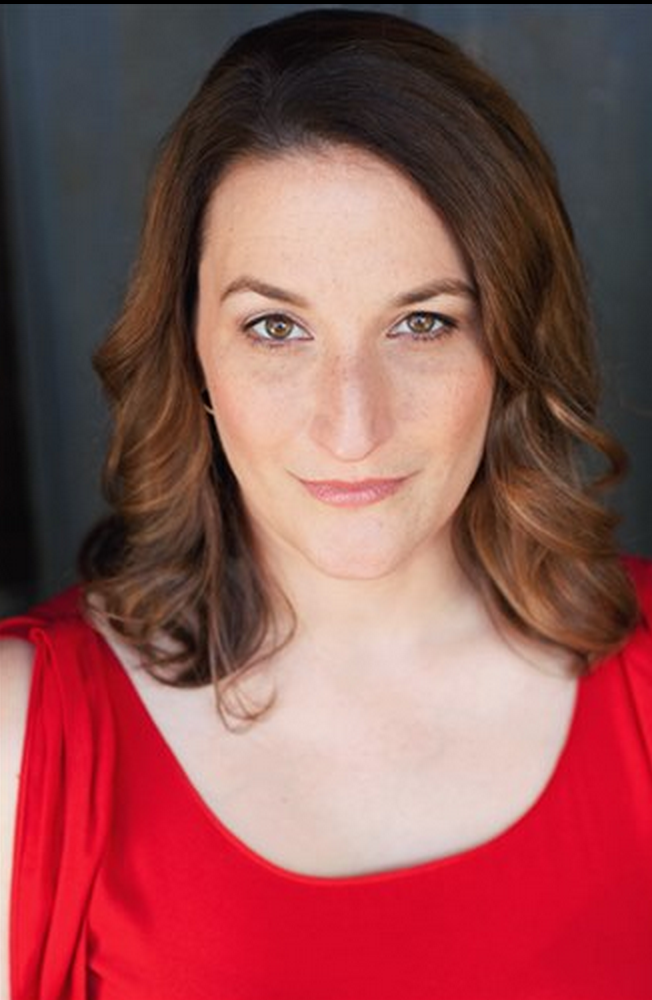 Anna Russell: A Visitation, stars that Chicago treasure, Genevieve Thiers. Thiers doesn’t impersonate Russell as much as she gives herself over to hysterical, operatic possession.

Sad that the COVID19 pandemic caused you to miss Lyric Opera of Chicago’s Ring Cycle last Spring? Thiers and Russell to the rescue! They explain it all to you! From leitmotif to accidental incest, they don’t leave a, "Ho jo to ho!" unexamined!
​Genevieve Thiers has sung leading roles with Chicago Lyric Opera (Praskovia, The Merry Widow,) Goodman Theater (Daliah, Trouble in Tahiti,) Porchlight Musical Theater (Belle, Little Me) and many more companies in Chicago and NYC. She has been a soloist at Carnegie Hall, Lincoln Center and for the Taste of Chicago events, and at theaters across town singing American and modern music with Fulcrum Point music project and similar.
Here’s what audiences have said about Anna Russell: A Visitation
"Our audience loved her! Some of us remember the real Anna Russell, and this is a spot-on imitation, but with modern overtones. Even our beginners loved it!" --Bonnie Zeitlin, Northbrook Chapter, Lyric Opera
"Definitely one of the most unusual and exciting programs I have ever seen! Thiers brings the fun."
"It's like Dame Edna meets Tina Fey meets opera. I could have watched this for a whole day."

Thiers and Transgressive is bringing the opera-laughs right into your living room!
COMING MID-NOVEMBER
​Transgressive Theatre-Opera’s first streamed season is all about Women and their right to make their own decisions.
Whether it’s a timeless standard of the operatic canon (Le Nozze di Figaro), a new piece that points up a contemporary view of social inequity (The Light in the Piazza), or a re-working of a lesser-known work that both brings it into the public consciousness and re-focuses the story to reflect human rights struggles that sadly remain contemporary (Beauty’s Truth), Transgressive Theatre-Opera continues to bring vibrant, right-now lyric theatre to today’s audiences.