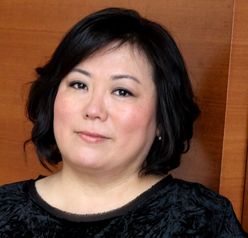 Teresa Kang, pianist, is currently a part-time instructor at the Bienen School of Music, Northwestern University, Evanston, Illinois. She served as an accompanist for University Choirs and Conducting classes in the Choral department. She has worked as a coach and accompanist at Northwestern the opera department, Evanston, Illinois, Opera on the James, Lynchburg, Virginia, the Italian Operatic Experience in Montecatini, Italy, as well as at the Opera Training Institute of Chicago in Evanston, Illinois. Teresa was selected to perform on two separate occasions for the Lunchtime Recital at the Piano Festival in Bishopsgate Recital Hall in London. She is proud to have performed at Green Mill as a part of the Emerging Artist Series, she premiered the piece “Six Moods for Piano” at the request of composer Seth Boustead in Chicago. She was privileged to perform at Ravinia Festival with Ruth Page Dance Company. She was invited to numerous episodes of Comcast in the Greater Chicago Area. Teresa recently performed at Carnegie Hall in New York as part of the American Protégé Winner's Recital. She played for Northeastern Illinois University Chorus Lakeview Orchestra, and the Skokie Valley Symphony Orchestra. and Teresa was honored with the Wustman Award at the University of Illinois, Urbana-Champaign where she is completing on her doctorate work. Her credits as an accompanist include more than 20 operas, including "The Coronation of Poppea", "Così fan tutte", "Don Giovanni", "L’Elisir d’Amore", "The Love for Three Oranges",  "Madama Butterfly", "The Magic Flute", "Le Nozze di Figaro", "Roméo et Juliette", "La Boheme" and "La Traviata". 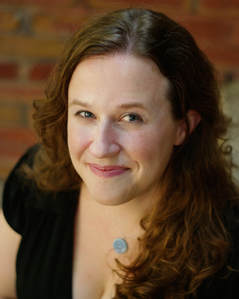 ​Meghan Guse, soprano, sang her first professional performance at age 12, when she provided backup vocals for a Japanese children’s television show, and she has been actively performing ever since. While earning her Master of Music degree from the Chicago College of Performing Arts, she performed as Flora in Turn of the Screw and the Nightingale in L’enfant et les sortilèges. She also played Nerina in the American premiere of Cimarosa’s L’infedeltà fedele with Millennium Chamber Players, and Zina in Third Eye Theatre's production of Nico Muhly's Dark Sisters. Prior to moving to Chicago, Meghan studied at Illinois Wesleyan University, and performed the role of Jenny in Kurt Weill’s Down in the Valley. She spent her summers learning various Gilbert and Sullivan ingenue roles with Prairie Fire Theatre in Bloomington, IL. Meghan has been an active member of Vox 3 Collective since 2011. 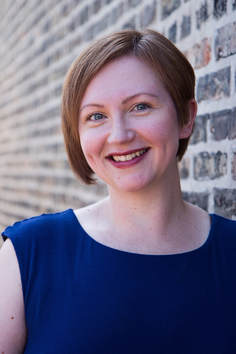 Jennifer Barrett, soprano/zwischenfach, holds a BA in Vocal Music Education from North Central College, where she now serves as a classical voice instructor, and a MA in Vocal Pedagogy from Northeastern Illinois University.  So far this year, she has appeared as Prince Ottokar in Der Freischütz with Opera on Tap Chicago, and Annina in La Traviata with the New Philharmonic Orchestra.  Barrett has also appeared in several productions as a company member of New Moon Opera, including Mesdames de la Halle (Madame Poiretapee), Trouble in Tahiti (Dinah), The Old Maid and the Thief (Miss Pinkerton), and Hansel and Gretel (Gingerbread Witch).  Other area credits include With Blood, With Ink (Sor Andrea), Cavalleria Rusticana (Lola), Dark Sisters (Presendia), Quantum Mechanic (Mrs. Scroedinger), Il Barbiere di Siviglia (Berta), Cosi fan tutte ("Donna" Alfonso), and the world premiere of The Patriots.  When not singing, Jennifer serves as a private voice instructor and a vocal health consultant.  Many thanks to Pamela, Ron, Dan, Christine, and her family for their support.  Follow along with Jennifer and her singing adventures: Facebook.com/JLBarrettSoprano. 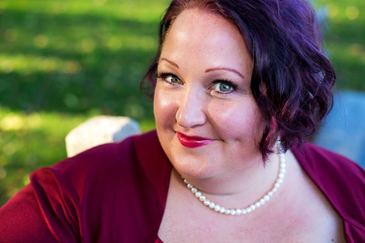 ​Elizabeth Rudolph, spinto soprano, is an alumnus of Interlochen Arts Academy. Elizabeth holds bachelor’s degrees in vocal performance and music composition from St. Olaf College, where she sang for four years in the world-renowned St. Olaf Choir. She then attended Roosevelt University’s Chicago College of the Performing Arts and was a finalist in CCPA’s annual concerto competition. Rudolph attended the American Institute of Musical Studies in Graz, Austria for several summers where she was a semi-finalist in the AIMS 2010 Meistersinger competition. She has been a member of the Illinois Symphony Chorus, Allegrezza, and the Chicago Symphony Chorus. Elizabeth is currently on the performance roster of several Chicago performing arts groups, including VOX3 Collective, Floating Opera Company, Opera On Tap Chicago, New Moon Opera, and Transgressive Theater-Opera. As a composer of several art songs, some of which have been performed and/or recorded by VOX 3 Collective and Opera On Tap Chicago, she is very excited to present this recital of Lehar's little known art songs. In her spare time she likes ballroom dancing, weightlifting, and throwing heavy objects (shotput, hammer, discus, and weight). She also enjoys anything having to do with yarn.

Mezzo-soprano Jori Jennings is a native of Northwest Indiana and an active performer around the Chicagoland area.   In addition to singing with several local opera companies and the Chicago Bach Ensemble, Dr. Jennings also serves on the voice faculty of Moody Bible Institute where she teaches applied voice and opera workshop.

Dr. Jennings made her Carnegie Hall debut as the mezzo soloist in Pergolesi’s Stabat Mater and Mozart’s Coronation Mass.   She also appeared as the mezzo soloist in Handel’s Messiah with the Rockford Choral Union, Bluffton University and Blackburn College.  Other solo concert credits include works with the La Porte County Symphony Orchestra, Quad Cities Symphony, South Surburban College and the Prairie Ensemble of Champaign-Urbana.

​Equally at home in operatic literature, Dr. Jennings has recently performed several roles with Chicago-based companies including the Secretary in Menotti's The Consul, La Ciesca in Gianni Schicchi,  the Monitor/Abbess in Suor Angelica, and Alisa in Lucia di Lammermoor with Main Street Opera and the Second Lady in the Magic Flute with American Chamber Opera.   Past performances feature roles with Katydid Opera, Elgin Opera, Illinois Opera Theater and Doña Ana Lyric Opera.