MEET THE THREE GENTS OF COX AND BOX 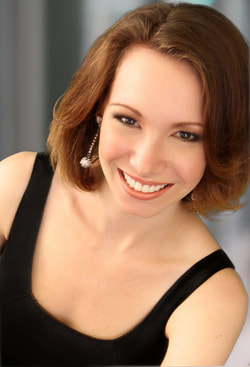 Teaira Burge is COX
Teaira Burge is a Chicago based crossover performer who has developed a reputation as a versatile performing artist throughout opera, musical theater, and operetta productions. Since moving to Chicago in 2013, Teaira has had the pleasure of performing with several local companies, including Music Theater Works, New Moon Opera, The Floating Opera Company, Petite Opera Productions, The Gilbert and Sullivan Opera Company of Chicago, and Chicago Folks Operetta.
Teaira obtained her Master of Music degree from the Chicago College of Performing Arts at Roosevelt University and is a student of Judith Haddon.
Teaira also works as a teaching artist at Bubbles Academy, where she teaches Preschool Preparation, Creative Movement, Bubble Ballet, and Art + Music to students ages 1-5 years old. When she is not singing, dancing, or playing the ukulele for toddlers, Teaira is most likely cheering with PomSquad Fitness, attending bluegrass concerts, saving pictures of poodles to her phone, or eating her weight in salted caramel ice cream. teairaburge.com 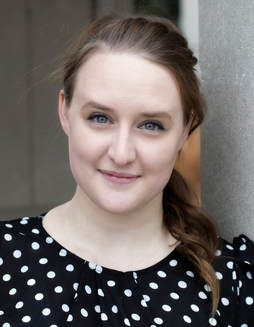 Celeste Peake is BOX
A recent transplant to Chicago, Celeste Peake is excited to make her debut here in a principal role. Peake was recently seen in Iolanthe with The Gilbert and Sullivan Opera Company. Trained at Central Michigan University and Interlochen Academy, Peake appeared with the prestigious College Light Opera Company in Cape Cod, MA in such roles as Shirley Vernon in Lady Be Good!, Kathi in White Horse Inn, and Chava in Fiddler on the Roof. and played Rosa Bud in The Mystery of Edwin Drood at Michigan’s Midland Center for the Arts. Some of Peake’s favorite appearances include roles in She Loves Me, The Most Happy Fella, and Les Miserables, and she celebrates the support and encouragement she receives from her husband. She spends her free time exploring the culturally enriched city of Chicago. celestepeake.com 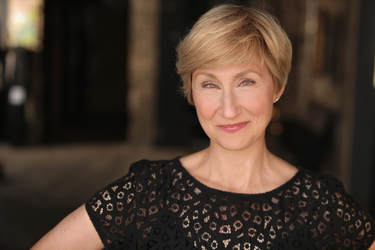 Susan Gosdick is BOUNCER
As an actor, Susan has appeared at Theatre at the Center, Paramount Theatre, Artists’ Ensemble, Drury Lane Oakbrook, Old Globe Theatre, and Lincoln Center Institute, among others.  As mezzo soloist, Susan has appeared with Transgressive-Theatre Opera in the Maligned Mezzo concert, sung the alto role in Mozart’s “Requiem,” and Durufle’s “Pie Jesu” at Oak Park Grace Episcopal Church.  Additional credits include “Israel in Egypt,” “Utrecht Te Deum” and “Jubilate,” “Funeral Anthem for Queen Caroline” and “Dixit Dominus” for Handel Week, at Oak Park Grace Episcopal Church.  She also serves as a dialect coach and currently teaches Voice for the Actor and Dialects at Columbia College Chicago.